Hardware is out; waiting on tests 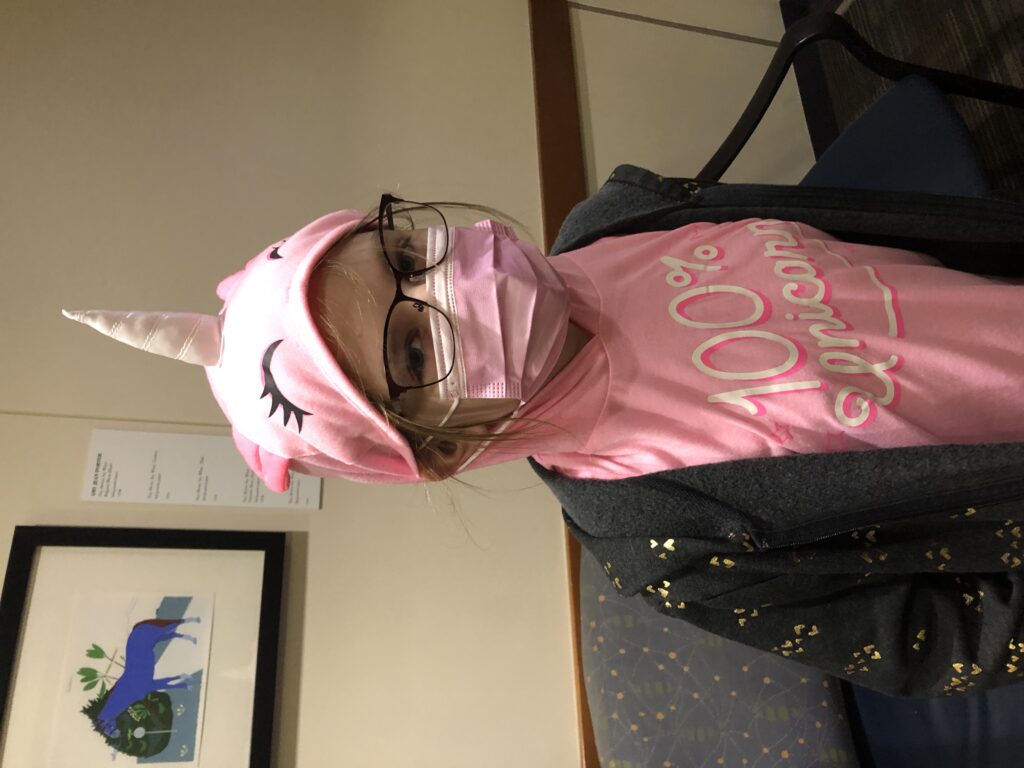 Miriam’s surgery to remove her MAGEC rod and remaining attachment cradles was successful this morning. However, when Dr. Williams made the incision over the rib attachment at the top of the rod, he found a sac of fluid (a bursa) and irritated bursal tissue surrounding it. He sent samples of both off for initial lab testing while removing the hardware, and they came back with no immediate signs of infectious organisms but an unexpected, though moderate, level of white blood cells. This could be just from her body trying to protect itself, as this is the area where Miriam’s scapula had been colliding with the cradle for the last several months. On the other hand, Dr. Williams wants to know whether Miriam has been carrying a low-level infection before sending her home from the hospital, because a positive result would mean she needs four weeks of IV antibiotics given through a PICC line. We are admitted in the hospital at least until the culture results come back, which should be Wednesday or Thursday. He also sent her out of surgery with a wound vac to drain any additional fluid, which should probably come out tomorrow. 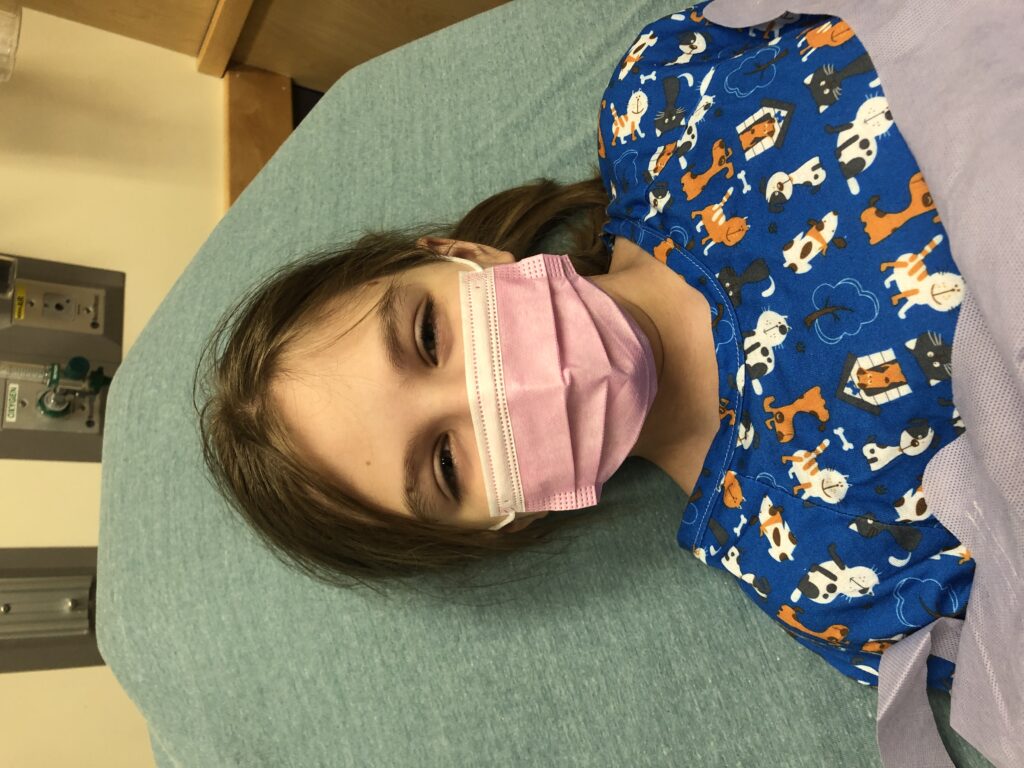 Dr. Williams said that he got a clearer image of the curve in her thoracic vertebrae after the rods were removed, and he was strongly considering proceeding with the fusion of just that section of her spine. However, he did not want to insert new hardware if there was any risk of infection, so he stopped after removing the existing hardware. We will proceed as planned with waiting and monitoring the spine every 4 – 6 months. If her thoracic spine does resume curving – especially because she has not yet had her final growth spurt – we will then proceed with a fusion (but no sooner than next summer). 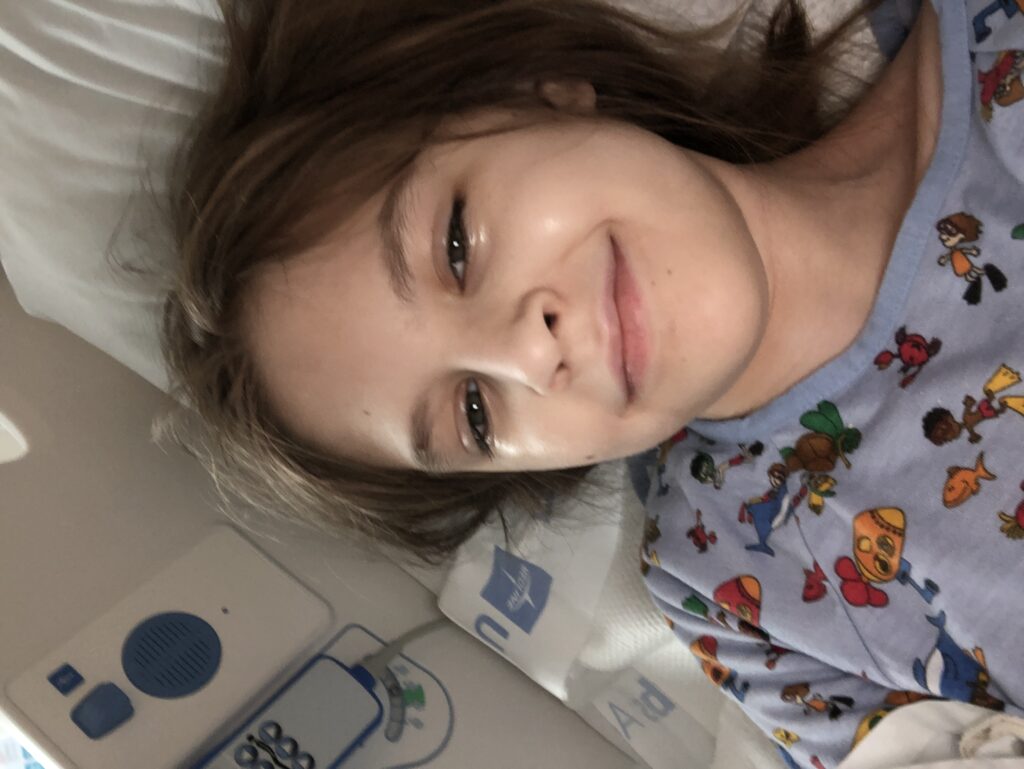 Thankfully Miriam has been recovering well from the procedure so far. She has walked on her own to the bathroom and has had drinks and a few crackers. Her pain seems well-controlled overall. The hospital has added a few new procedures to their surgery regimen which seem to have helped, including “carb-loading” two hours before arrival (meaning I had to wake her up at 3:15 this morning to drink 12 ounces of Powerade). They also gave her doses of Tylenol, Gabapentin, and Valium before she headed back to surgery, and Dr. Williams used a numbing medication on her incisions, all of which are supposed to reduce the need for narcotics as she recovers. She is currently on low doses of Dilaudid and Toradol, which seem to be controlling her pain but not making her too sleepy.
Thank you for your love and prayers – they do so much for her and us during this recovery stage. We continue to pray that her care team makes the best decisions for her long-term health and that she remains comfortable during these first days of healing.