Surgery went smoothly for Miriam this morning. Her throat surgeon checked her vocal cords and airway after she went under anesthesia, and to our great relief, everything looked clear and healthy. In the photo he showed us, there wasn’t even a sign of the redness caused by the reflux she was experiencing earlier this year.

After surgery, Dr. Williams told us that the rib-to-rib VEPTR on her side had definitely deformed the bottom rib where it was anchored, though he was not sure if the rib was actually cracked. This meant the device was no longer supporting her right side, and her chest had contracted significantly since her post-op check this summer. She was likely having a hard time getting enough oxygen in her lung in the collapsed space, which would explain her recent bouts of grumpiness and lethargy. Dr. Williams was planning on removing the long part of the VEPTR and replacing it with a smaller version, as it would need to attach to a higher and stronger rib this time. However, once he was in surgery he realized that the existing rod had already been extended, so he put it back to its original size and it was small enough to connect to a higher rib. This is great for two reasons: one, less new devices implanted mean less chance of accidental infection; and two, this device can be extended several times before it will need replacement. If Dr. Williams had needed to replace the device with a smaller model, it would likely have only been extended a few times before we would have needed to exchange it back to a bigger one (meaning another bigger surgery). After re-seating the device on the higher rib, he was able to expand it even beyond the capacity that Miriam had before the lower rib deformed. He also was able to extend the rib-to-spine device in the middle of her back by over a centimeter. Once Miriam recovers from the surgery, she should be full of energy again (because she’ll be full of oxygen)!

Dr. Williams tried a new dressing on Miriam’s wounds that places ice on the site and is supposed to help reduce the need for medication. This afternoon she has been uncomfortable, but with meds has at least been able to sleep. So far they are not allowing anything more than ice chips, and when she is awake she is hungry. She also loves the hospital’s system of letting the patient choose their meals off a menu and ordering over the phone, and she’s sad she can’t do it yet. :( Meanwhile, she’s already been given a treasure chest worth of toys and books from the various charities that take care of the kids here, and we’re looking forward to when she’s feeling well enough to play with them.

Thank you as always for your prayers and support. They mean so much to her and to us.

Miriam’s next VEPTR expansion is scheduled for Dec. 16. We were originally thinking it would wait until January, but she has been showing increasing discomfort and her devices started to appear more prominent under her skin in mid-November. This is in part because she has been growing (hooray!), and the devices may just be too small for her at their current setting. However, based on her x-rays her doctor is concerned that the VEPTR on her side may have eroded the bottom rib where it is attached. They won’t be able to see for sure until she is in surgery. If this is the case, they will need to attach the device to a different rib, which would likely be higher up in her chest. This would mean removing the current VEPTR (leaving the upper connector in place) and replacing it with a shorter one. This would mean a bigger incision and more recovery time (possibly two nights in the hospital). Please pray again for wisdom for her doctors and nurses, good pain management, and protection from infection or injury.

Just for fun, here are some recent pictures. She got a big hair cut just before Halloween. She was Little Red Riding Hood, and her sisters were Cinderella and Tinkerbell. 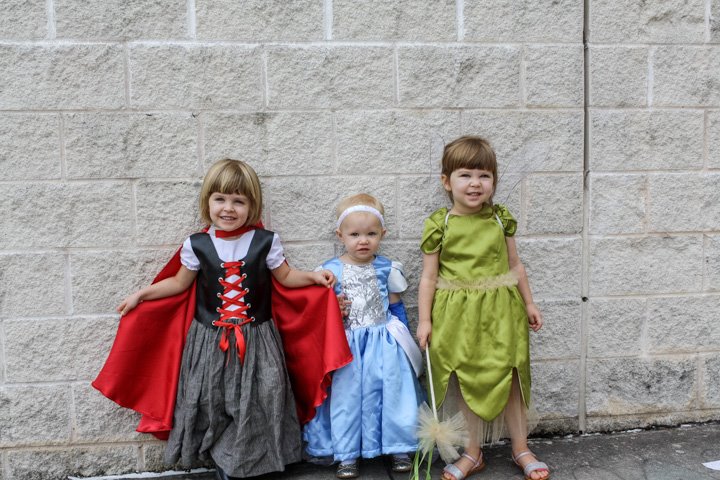 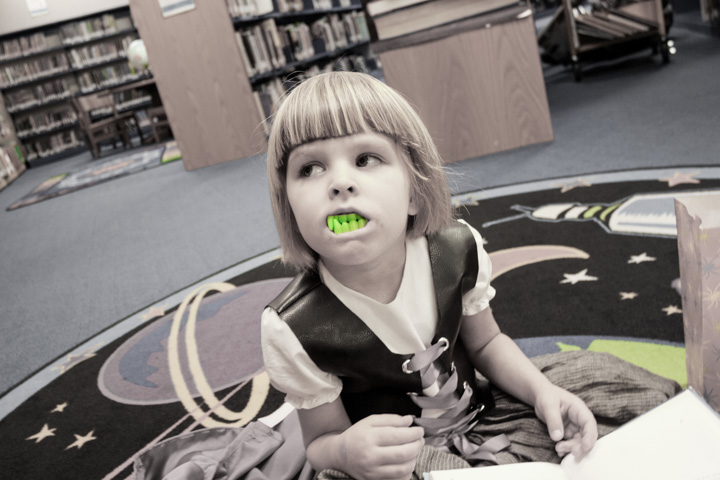 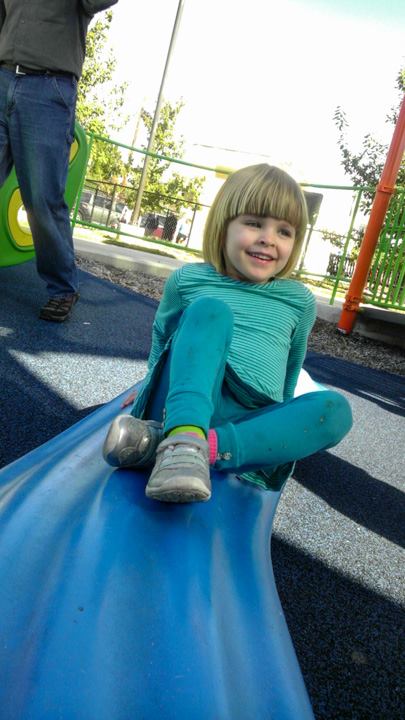