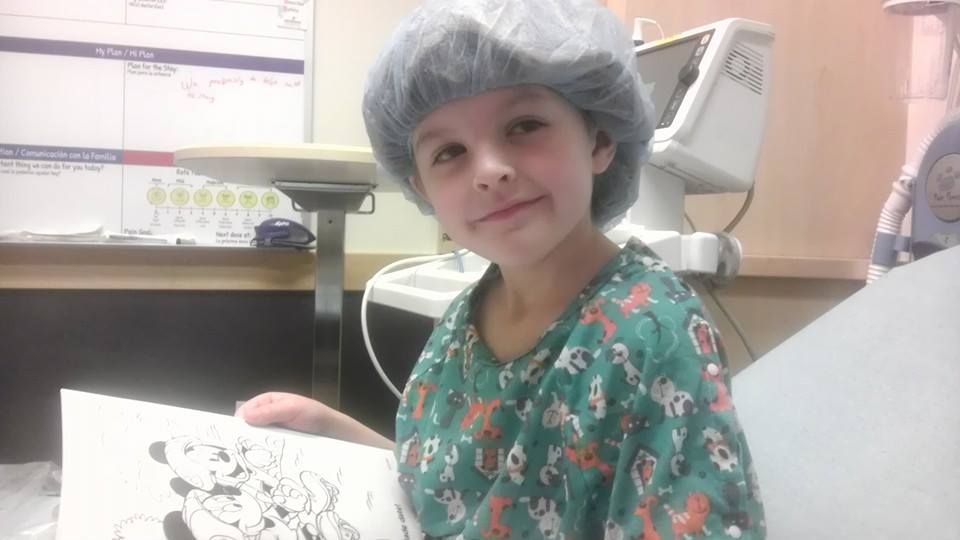 Miriam did great this morning throughout the check-in process. She was excited and happy to head to the hospital (she’s been looking forward to it for weeks), and even tolerated the “B’air” warming gown better than ever before. In surgery, her doctor expanded her spine-to-rib VEPTR a few millimeters as usual and exchanged her rib-to-rib device on her side for a new larger one. He had told us he was planning to open up her large incision (from the initial placement) in order to remove the old rod, but while in surgery he decided to try a less invasive technique. He created small incisions near the top and bottom of the rod, disconnected the middle of the rod from its rib connectors, and used a chest tube to surround the rod and pull it out. He then used the chest tube to place the new rod and secured it to the connectors. He told us to expect soreness from all the movement around and under the tissue, but we’re grateful she does not have a new huge incision to heal.

She had a rough time in the recovery room (which is normal for her; morphine makes her cranky and itchy), but once she got to her own room and got her lunch she started feeling much better. Since 1 p.m. she has eaten three large meals, gone for two short walks, and visited the play-room for some art time [well, mostly art-directing Mom doing her work for her]. She has had some complaints of pain but no worse than when she has had to have her connectors re-positioned in the past. She will see Dr. Williams one more time in the morning, and as long as everything is clear we should be home by tomorrow afternoon. She will probably stay home from school for the rest of the week until she feels good enough to get off narcotics. In the past she has switched to regular Tylenol (alternating with Ibuprofen) in just a few days, but her doctor has warned we will probably have a longer recovery time this time around.

We have not updated in a while, so we should add that Miriam is in first grade now, and will turn 7 in January. She qualified to enter into the Talented and Gifted program at her school, so starting in the new year she will get to choose an independent project to research and present. She loves to create things; as soon as she comes home from school she runs off to the playroom to start drawing or writing another idea. She has lots of friends at school, but her best friends are still her sisters and her cousins. She continues to learn ballet and started in the higher level class this year (though she will be missing the next several weeks while she heals). The last six months she has been blessedly healthy and care-free, and she has had a lot of fun. Here’s an example: her grandmother made all three girls Powerpuff Girl costumes for Halloween. We’re hoping she’ll get back to playing with her sisters like this soon. Thank you for all your prayers and support. 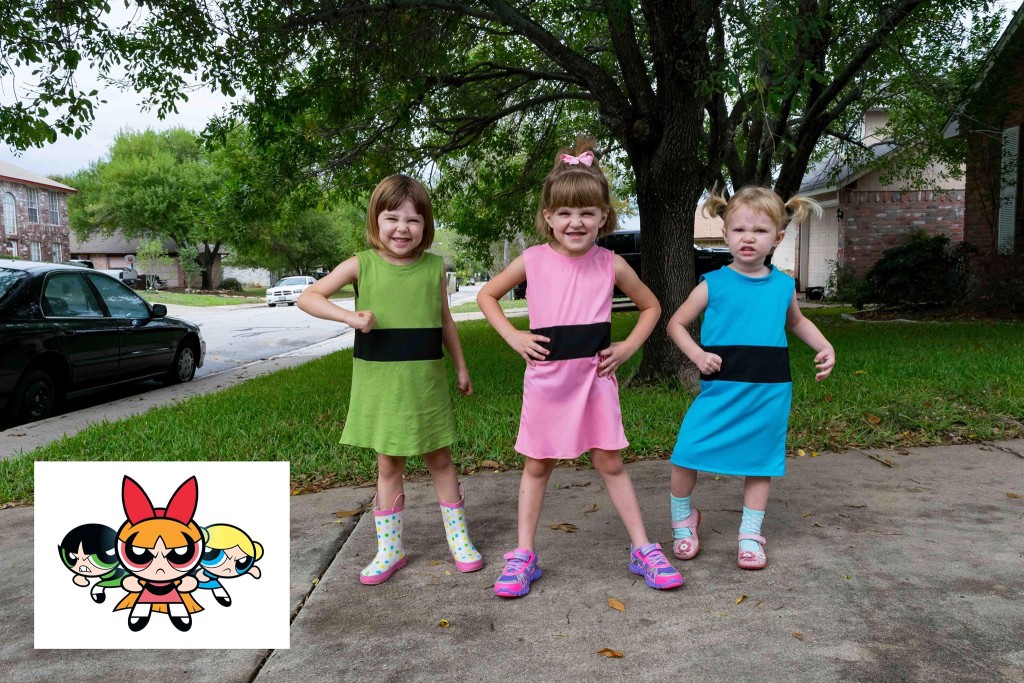 This is just a quick note to let everyone know that Miriam is having her sixth expansion surgery tomorrow morning (Monday, Nov. 30). There is a good chance she will also have her first exchange, where one device is removed and replaced with a larger size. The rib-to-rib device on her right side is nearly fully expanded and may not have enough room left to get the necessary growth this time, so Dr. Williams may have to take it out and replace it with the next size up. The attachment points on her ribs don’t have to be removed; they stay in place and only the rod between them is exchanged. This will be nowhere near as intense as her initial placement surgery (no separating ribs, no hole in the chest wall, no extended intubation), but if the exchange happens it will mean larger incisions and possibly incisions in new places. If she has the exchange we will likely stay overnight in the hospital. If her doctor just performs an expansion we should be home tomorrow afternoon. We’ll share a more extensive update after surgery. Thank you for your prayers and support!